U2's Bono likes this song of mine! 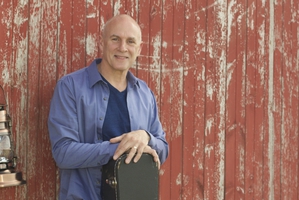 Well okay not really. Bonos’s never heard it. But I really think he’d like my song, “The Diamond,” and here’s why.

A friend just sent me this link to a new documentary featuring a conversation between U2 frontman Bono and Eugene Peterson, translator of The Message version of the Bible.

I just watched the trailer and can’t wait to see this film!

Bono said he’s tired of the dishonesty of so much “Christian music.” He said that he’d like to hear Christian singer/songwriters write songs about their bad marriages, or about being “pissed off at the government.” He says he’s suspicious of most so-called Christian art because it’s just not real, raw, and honest enough. In his opinion, Christian music is too safe, nice, and antiseptic. It just doesn’t tell the full truth about real life and that, he insists, is what God wants artists to do.

Well after listening to Bono’s remarks I had to sit down and write this blog piece and simply say that I think Bono would like this song of mine called “The Diamond.”

It’s not a song about my bad marriage exactly. It’s ultimately about the Grace of God. But it’s the first song I’ve written that lets the listener know that I was divorced after 23 years of marriage, and I don’t sidestep how painful that was. Here’s how the song opens,

My son asked me if he could use the diamond from the ring/ I’d given to his mom when I asked her if she would marry me/ The diamond that my grandpa gave my grandma, that she had worn for over 50 years/ At first I was surprised that my son wanted that same gem/ His mama gave it back to me when she and I came to an end/ Our marriage lasted 23 years, in case you’re wondering/ I’d say the blame was mostly mine

Here’s a link to a video of me playing the song live in case you’d like to hear the whole thing.


I don’t play "The Diamond" in my concerts very often because it's hard for me to get through it without "losing it." In fact I can feel tears welling up again right now as I get in touch with the emotions that gave birth to this song. The whole experience of getting divorced was a world of hurt, and I can still all too easily go to a place of guilt, embarrassment, and a deep sense of having failed at one of the most important things in my life. And there's a tidal wave of sadness that is always all too ready to carry me away when I think about the pain that I, despite my best efforts, had a part in causing for some of the people I love the most on this planet. I'm sure many of you who have been divorced know exactly what I'm talking about.

And yet, it’s right there—in the middle of that agonizingly raw and vulnerable stuff--in the middle of the real experiences that tear us open at the core of our beings—that our connection to the unconditional Love, Presence and Grace of the Divine gets into our hearts and lives most powerfully. Oh it doesn’t tidy things up or spare us and others the consequences of poor choices or put a nice ribbon around our brokenness or the wreckage we sometimes bring into our lives and the lives of those we cherish. But when the agony of our most painful experiences slices us open and our defenses are down and there’s no way to put a good face on our own failures or on the losses we’ve been thrown into, then in some paradoxical way we’re often also most receptive to learning our life’s most important lessons and to receiving gifts of Grace that are beautiful and healing beyond our wildest dreams.  Most of us know this.  Very little real growth happens in the comfort zones.  That’s why I quote Leonard Cohen, one of my songwriting heroes, in the bridge of this tune. As Cohen wrote in his amazing song, "Anthem,"

Every time I have played this song publically, it’s evoked a powerful response from someone, because it’s real. I’ve had profoundy meaningful correspondences with people who have told me how much it means to them that I would be honest like this and minister out of some of the more painful experiences of my life. They say it makes them feel that we’re in this human journey together, and that they trust me and my music more now. That means a lot to me, and I get it. I find that I’m usually helped more in my own journey by hearing about the failures and struggles (and also healing and resilience and recovery) of others than by being intimidated by how faithful they are and how wonderful and supposedly trouble free their lives are once they "came to Jesus." You know—the Christmas letter snapshots of how great everyone’s doing. I’ve pretty much stopped reading most of those letters, probably for the same reasons Bono doesn’t listen to Christian music.

So many of us have been divorced. Every one of us has been connected to the pain of someone’s broken relationship and the complicated aftermath. So many people are, even after years, in a place of unresolved pain and anger with a former partner. And so many of our children, young and adult, spend their lives in the crossfire of parents who can’t or won't come to a place of peace with each other after a relationship ends.

All I know, after all these years/ Is Grace is so amazing, it can make an old stone shine/ Stories we thought always would be sad/ Love can still reclaim and rearrange the end

Yeah I know. Many stories don’t ever have a more Grace-filled ending. Or at least not yet. But I’m so grateful to my kids for doing their own work to receive the Grace to love and support both of their parents and to not blame us or resent us for being the flawed human beings that we are. I’m grateful to my ex-wife for being open to the Spirit’s leading and healing so that she and I can be together when we need to be and have a good time in each other's presence so that our kids don’t have to worry that one of us is going to explode or make every occasion somehow about us. I’m grateful for the way even the most painful stuff has been used by the Spirit to teach and “grow our hearts” as I say in the song. And I’m grateful beyond words for the second chance at marriage that I now have with my beloved wife Meg.

So yeah. This song is kind of raw. I didn’t initially intend to record and release it. I wrote it because I had to express these feelings for my own health and healing, and maybe for my son and daughter and ex-wife Ann as well. But so many folks asked for it I felt as though I should take the risk and release this song. I’m glad I did.

So if you know Bono, send this blog/newsletter post to him, will you? I’d like for him to know that there are at least a few of us who are doing our best with the Spirit’s help to follow Jesus and also trying to be honest and real in the songs we write and share with the world.

Thanks for listening, reading, and showing up at my concerts and events folks.

Yours in the Grace that truly is amazing,